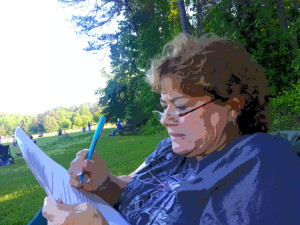 Kim Turner writes western historical romance, and discovered her passion of writing at the age of eight by writing poems, short stories and journals. Kim graduated from Clayton State University with a Bachelor’s of Science in Nursing and holds a Master’s Degree in Adult Education from Central Michigan University. Working as a registered nurse Educator/Quality Analyst for over twenty-seven years, she enjoys studying the medical treatments of the old west as well as keeping up with the latest western movies and television. While she loves reading anything from highlanders to pirates, she claims to have an unquenchable thirst for the American Cowboy when choosing her reads. Kim lives south of Atlanta with her husband and calls her greatest accomplishment the birth of one daughter and the adoption of another from China-neither of which came easy. Kim is a member of Romance Writers of American and Georgia Romance Writers and calls her critique group from Southside Scribes the best thing that ever happened to her writing, that and a pretty wonderful group of beta readers. Kim’s debut novel SAWYER’S ROSE was a 2014 Maggie Finalist and a 2015 Golden Heart Finalist!

Kim’s Motto: It’s All About A Cowboy and the Woman He Loves. 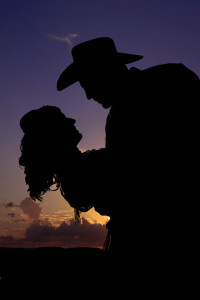