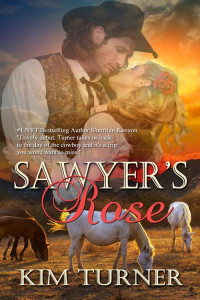 As if he doesn’t have enough to handle between running outlaws out of Cheyenne, keeping his brother’s out of trouble and avenging his father’s death, sheriff Sawyer McCade’s meddling mother just dumped a mysterious mail-order-bride on his doorstep. One woman can be more trouble than a band of renegades and while this one has him all stirred up, he’d rather get to the bottom of the story she isn’t telling. Rose Parker had it all. Until she discovers a web of danger and deceit that sends her running to Cheyenne, posing as a mail-order-bride. Escaping the evils of New York seems sensible until she meets the unsuspecting sheriff who didn’t ask for her, has no intention of marrying her and won’t rest until he uncovers her secret and sends her back home. 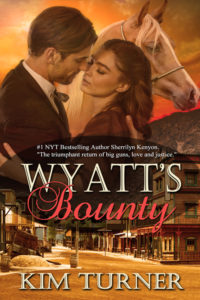 Bounty hunter Wyatt McCade is recklessly taking down one outlaw at a time. Hard work is one way to forget Tess Sullivan’s womanly curves. But when he learns that she never left Cheyenne, he rides home and right into a trap. Left for dead, he recovers in the capable hands of the lady doctor and even if she can’t forgive herself, loving her is the easy part. But when McCade lands are threatened and he uncovers the truth, it is Tess who is caught in the balance. Finding himself on the bounty hunt of his life, he’ll risk it all to rescue the woman he loves.
Doctor Tess Sullivan shattered her own heart by turning down Wyatt McCade’s proposal. Worse than the hurt in his eyes was watching him ride out of Cheyenne, knowing she’d made the biggest mistake of her life. Pining for his return, she blames herself when he is brought to Cheyenne beaten and near death. Forgiveness comes quickly in the arms of the bounty hunter she has always loved, but she soon finds herself the pawn in a deadly game of revenge, praying Wyatt will find her before it’s too late. 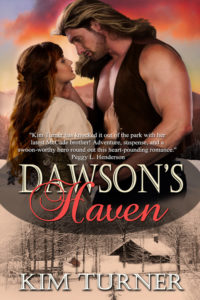 The McCades of Cheyenne Book 3: Dawson’s Have

When Dawson McCade rescues a woman from the hands of Dog Soldiers, he doesn’t expect to nearly lose his life and his heart. Translating for the Cheyenne is risky, but protecting Haven Oakley may be the most dangerous thing he’s ever done. When he is wrongly accused of murder, he find himself injured and on the run. Clearing his name will be the biggest hurdle of his life, but nothing will keep him from the woman who has captured his heart.

Haven Oakley is fighting to keep her homestead, working the claim her father died to protect and raising her two younger brothers. Soft-spoken, Buckskin-clad Dawson McCade is the first man she has ever loved. But all too soon, her dreams are crushed when Dawson is arrested. Racing against time and risking all she has, Haven fights to free him of the charges and save the love she’d thought lost. 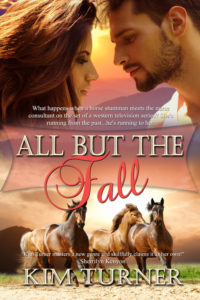 Stunt man Aaron Decker has his hands full raising his daughter, running his ranch and jumping horses for on a western television series. The job pays well enough for to purchase land to build a working ranch for older kids lost in the foster care system—much like he once was. What he doesn’t expect is to fall hard for beautiful nurse consultant, Jenna Wilder.

Putting a violent marriage behind her, Jenna Wilder has taken a job on the set of a western television series. With an infant son to raise on her own, she has no plans to ever trust a man again. So why can’t she get her mind off the soft spoken stuntman with a passion for horses? With Aaron, she begins to dream of a life she thought she would never have. But her past returns with a vengeance.

In a race against time, Aaron must convince Jenna to trust him in—and he will stop at nothing to save the woman who holds his heart.

Caleb Holt is the man to see for a good horse. Abuse an animal and he’ll teach the lesson that goes with it. When he lands on top of a woman in the midst of a brawl and snags a passionate kiss, he sparks a fire he never expected. But it doesn’t take the cowboy long to learn a lesson of his own… sometimes love comes with a price.

Seamstress Laurel Adams is embarrassed by Caleb’s stolen kiss. Though she is determined to raise her son alone, she wonders at the ease of falling for the handsome horseman. But when the husband who abandoned her returns, there is only one choice to make—the one that breaks her heart into tiny pieces.